I’ve never tried anything from Catrice before now but I remember hearing about this foundation last year when Fenty Beauty hit stores. One of Fenty’s most talked about products is their foundation, both for the huge shade range and the well loved formula. Imagine my surprise when the homie, @riplyofficial, did some sleuthing and discovered that the $34 Fenty foundation was virtually the same as the $10 Catrice HD foundation.

Peep the ingredients for yourself!

This would’ve been the ultimate dupe if it weren’t for one big problem… *cue dramatic piano notes*… the Catrice foundation was only available in 4 shades. Which is sad on its own but made even worse when compared to Fenty’s 40 shades. Luckily Catrice listened to consumers and this month they released 14 new shades (18 in total). 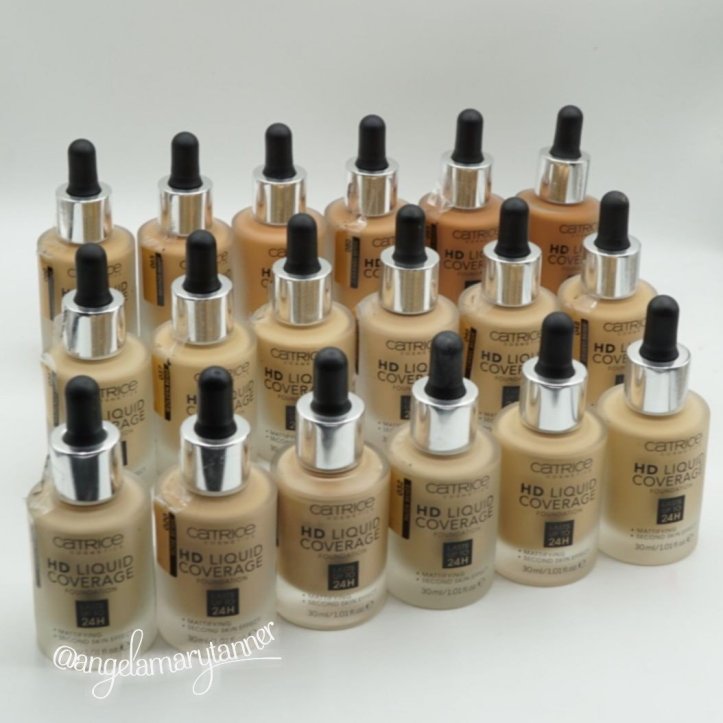 Now I’m not going to lie to you, the shade range still needs work but as you’ll see from the swatches, there’s clearly light, medium and deep tones. More importantly, they’ve asked customers to let them know if they don’t have your shade (by telling them the brand and shade #) so that they can add it to their 2019 product development list. So we can safely assume that this is just their starting point and they have plans to expand the range further. 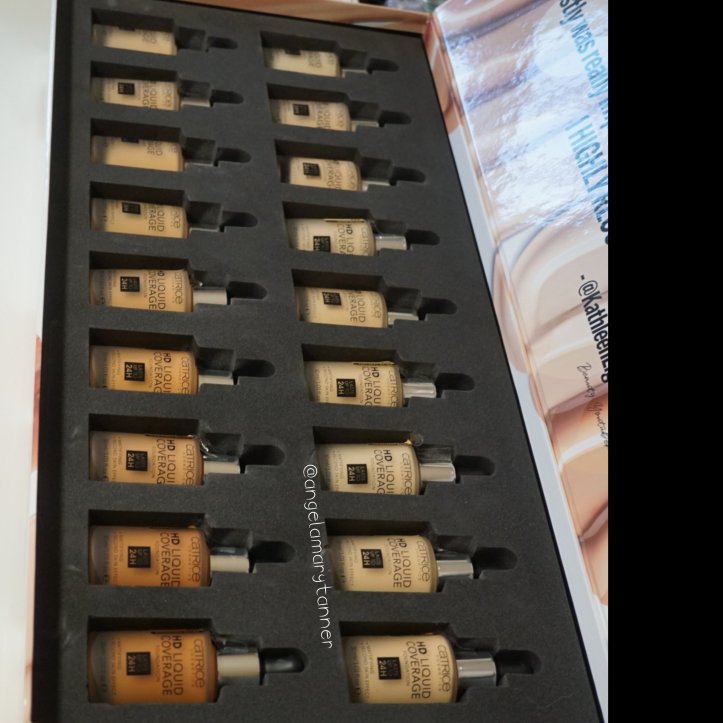 Okay let’s talk about zee formula while we take a looksie at the swatches! catricecosmetics.com has this to say about the foundation: 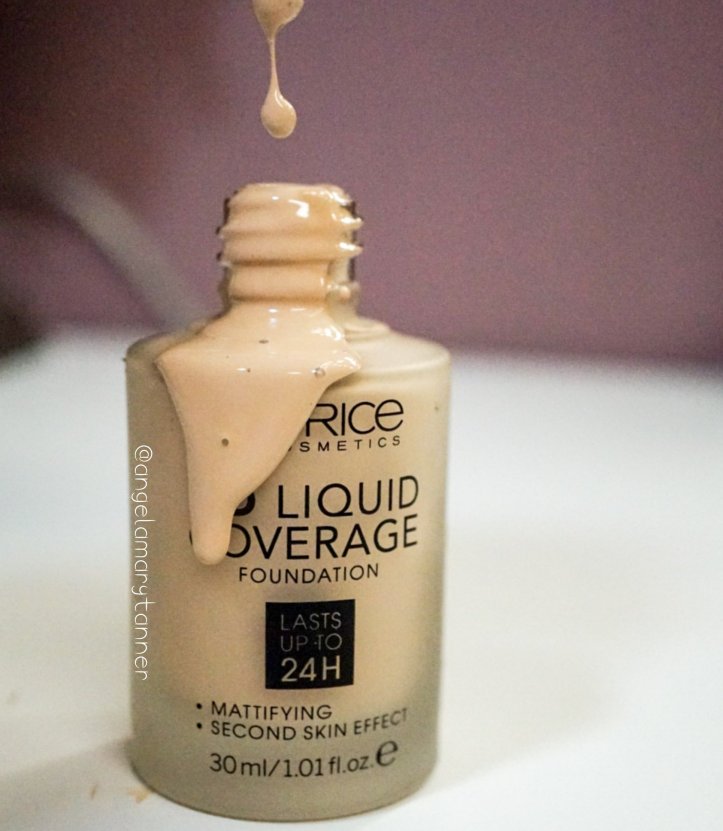 It comes in a glass bottle with an unusual dropper style applicator. The dropper surprised me and so did the formula. It’s the thinnest, most fluid foundation that I’ve ever tried. Sidebar- I never bought the Fenty foundation because I’m prejudiced against celebrity makeup lines. But I did get a sample this week so that I could compare the two and as expected, they’re virtually identical.

Because the formula is so thin, it feels very lightweight on the skin. It dries extremely fast too, so don’t screw around when you’re applying it. Blend that shit asap because once it sets, it’s not budging.

Just like Fenty, this foundation doesn’t need to be set. I didn’t believe it at first but it’s true. It sets on its own and it’s extremely long wearing. The finish is matte but imo its more of a velvety matte than a flat matte, if that makes any sense. Because it is a mattifying product, it’s going to be ideal for oily skin. 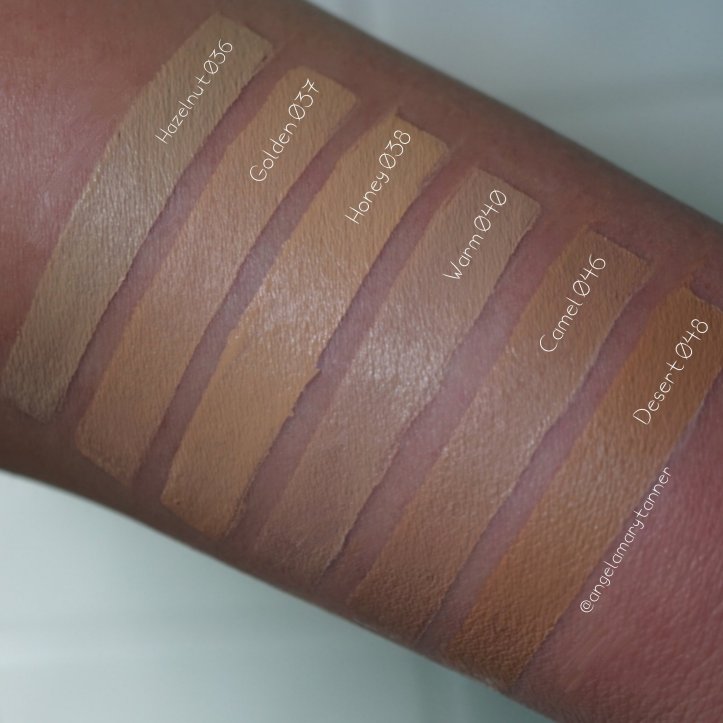 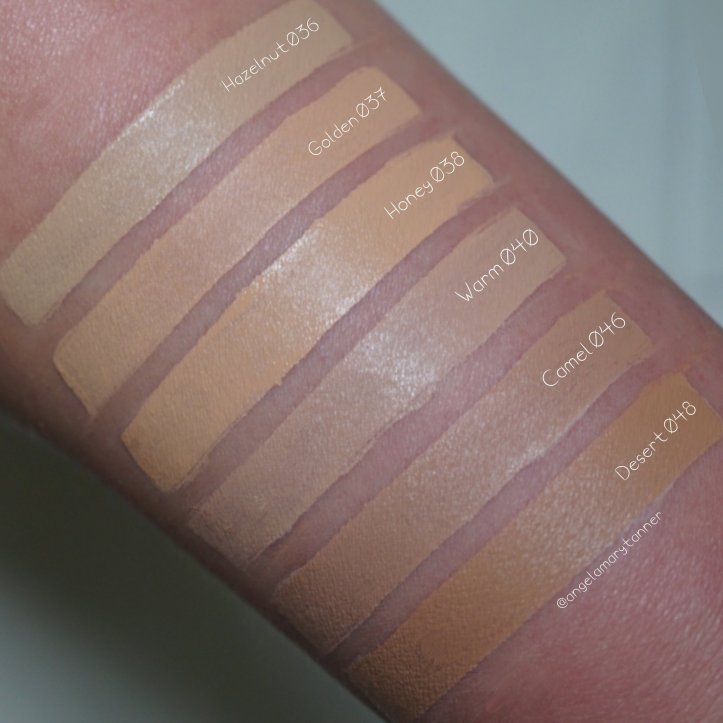 My skin is normal and I haven’t found it to be drying at all. But its also still very warm weather in my neck of the woods. I get the feeling that this going to be my summer foundation because during the dry winter months, I’ll probably want something more hydrating. 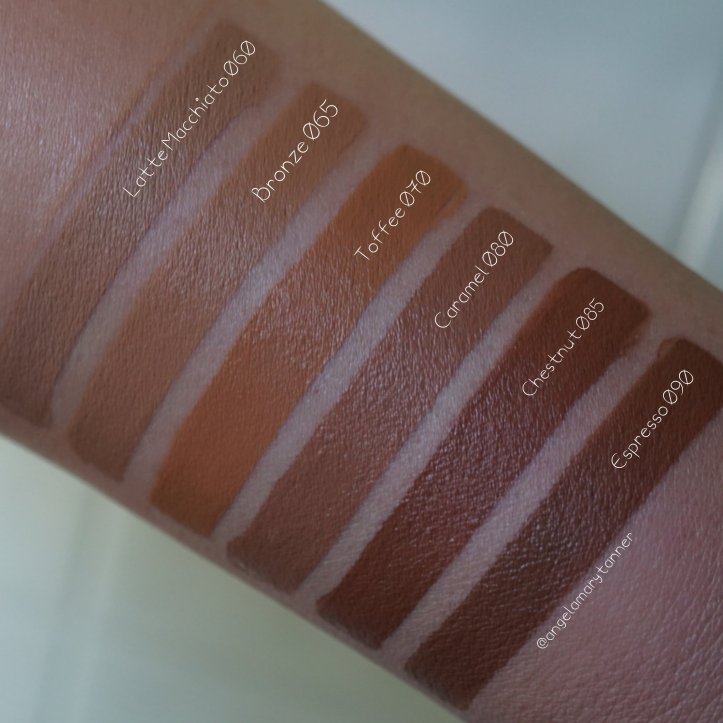 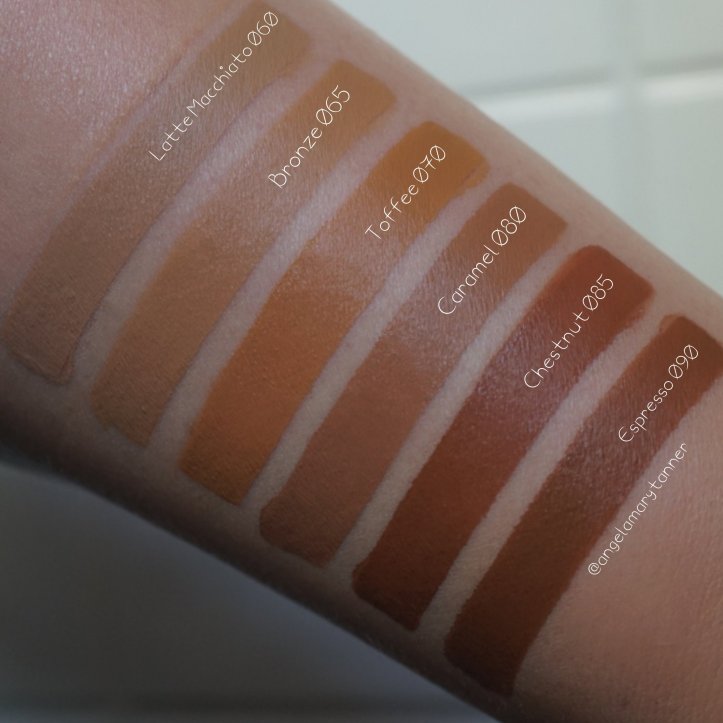 That being said if you have dry skin then this might not be the foundation for you. I really like it though! When I picture a full coverage foundation, I imagine a heavier, more dense formula. I was really surprised that a foundation that’s so light and fluid could provide such great coverage. And it truly lasts all day on me without settling into my pores or lines. On labor day when I spend all afternoon outside in 100 degree weather, it broke up a little bit around my nose but other than that, it was perfect.

As I already mentioned the range still needs work. Many men and women are deeper than Espresso (their darkest shade) and also lighter than Light (their lightest shade) but I do think that it’s a good starting point and a vast improvement on their previous range. Plus I love that they’re encouraging people to let them know if their isn’t currently being offered.

The foundation is $10.99 and all 18 shades are currently available at catricecosmetics.com. Ulta carries it as well but last I checked they only had the original four shades and I’m not sure if they’ll be getting the new shades eventually or not. If you have oily skin or you love the Fenty foundation then the Catrice HD Liquid Coverage is for you! If you have dry skin, I don’t know… I’d say that it doesn’t hurt to try, just be sure to moisturize and use a hydrating primer!

Have you tried this foundation?? If so, please let me know your thoughts! Also what are your thoughts on the shade extension?