I will get anything that has the word duochrome. Shoes, makeup, anythaaaang. These aren’t the exception.

SUPERNOVAS are a liquid eyeshadow much to my dismay, as the formula is similar to Urban decay’s and Stilas (after I bought like all the shades from those brands… ) these are $7 (seriously ColourPop! Wtf man.. I could’ve saved so much money if these would’ve dropped last year).

There’s a few original shades I posted before, these are the new ones 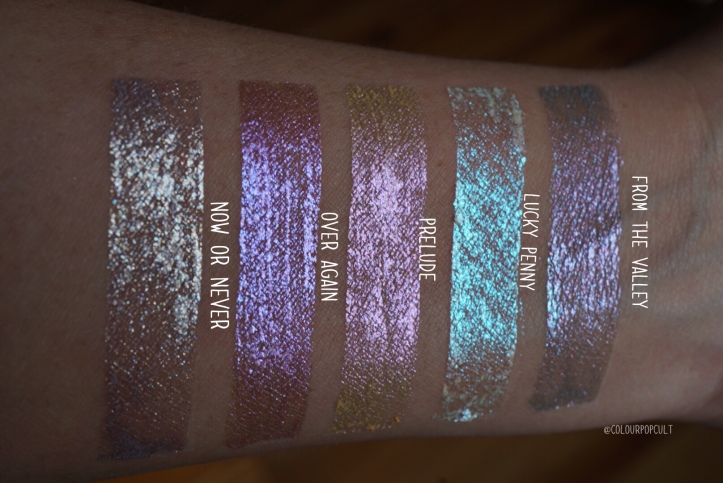 FROM THE VALLEY: purple with lavender shift 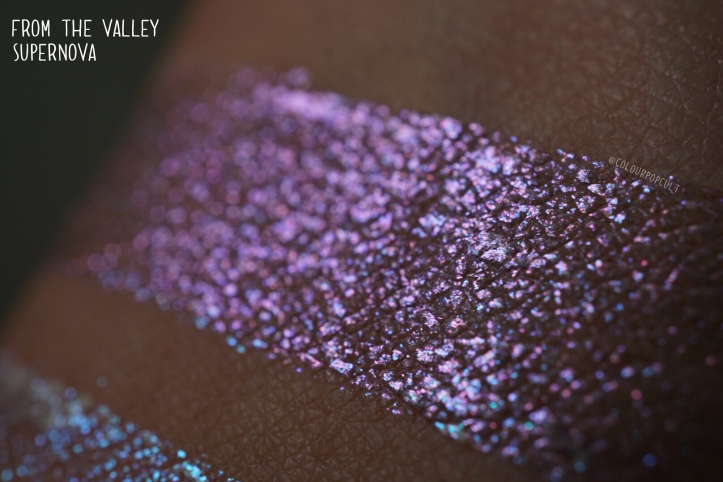 LUCKY PENNY is a teal that looks almost as if it was in blacklight. Similar to Sugarpill’s LUMI. It’s pretty but it was hard to layer as it dries quite fast and if you don’t work fast enough, it can result in having globs. 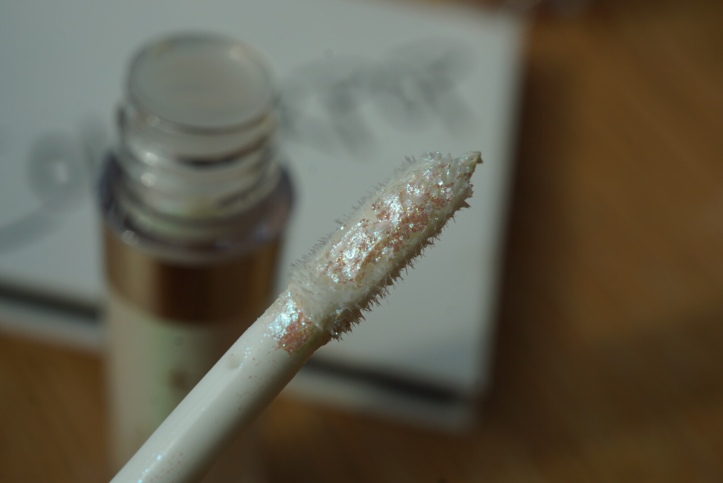 PRELUDE is supposed to be a peachy pink, I just captured more of the pink here

The wand pic shows more of the peach: 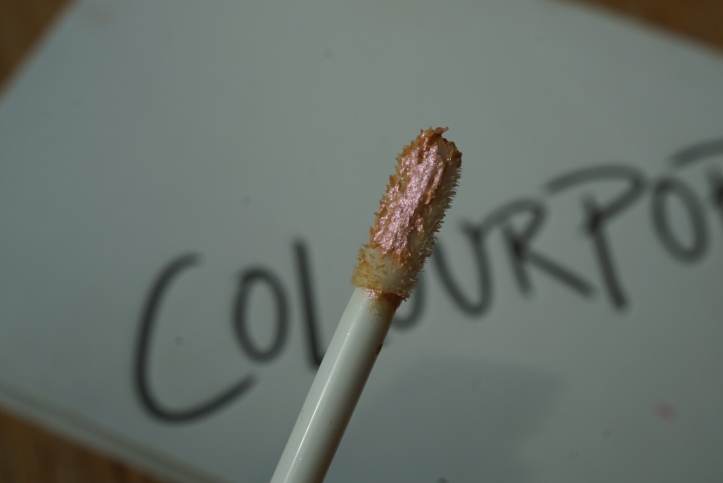 OVER AGAIN is a bright magenta pink with a violet shift 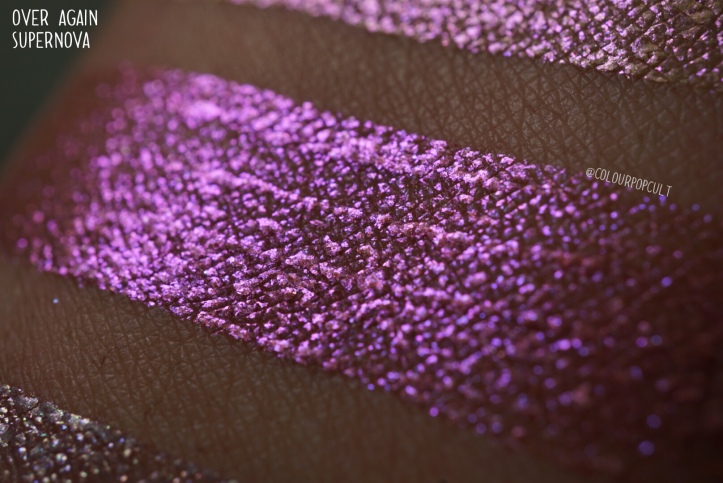 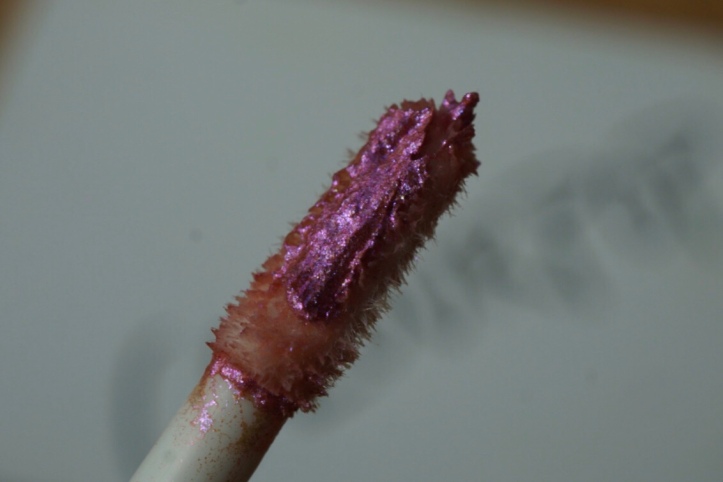 NOW OR NEVER is a tarnished silver with lavender and violet glitter. Now this shade was the hardest to get out of the tube, the formula is thick so it wouldn’t adhere to the wand. The shade itself was one of my favorites.

Overall I like the concept and the shades, they did swatch a bit patchy as they aren’t meant for large areas and they kept drying on me so layering them across to get a large swatch out was a challenge. They are meant for a small area: the lid, the inner corner, Cupid’s bow even.. they dry fast and non sticky. They claim to be smudge proof but LUCKY PENNY did transfer on my “RUB” test. They’re gorgeous overall and a great value but I wish the packaging wasn’t so narrow at the base so it allowed for more product to come out the wand.

Did you get any?